Continuing to vSphere 6.7 Install, Configure, and Manage modules, today we are going to cover vSphere networking which is one of the tough parts to know for VMware admins and have lot of difficulties while applying the network policies.

In last section, we learnt the concepts of vSphere Standard Switch and How to Create a vSwitch in a vSphere Environment. In this section, we are going to explore Configuring virtual switch security , traffic -shaping and load -balancing policies.

How to Apply these Policies? 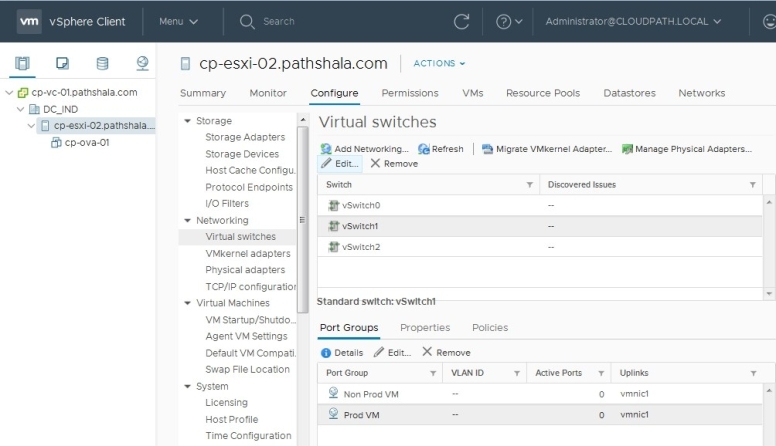 Traffic Shaping is the feature to control the quantity of traffic that is allowed to flow across a link. That is, rather than letting the traffic go as fast as it possibly can, you can set limits to how much traffic can be sent.

You can configure a traffic shaping policy for each port group in Standard or Distributed Switch.

Traffic shaping is applied for outbound network traffic on standard switches and inbound and outbound traffic(Ingress or Egress traffic shaping) on distributed switches.

Traffic Shaping is defined by:

It specifies how to distribute the work load for adapters.

What is MTU (Maximum Transmission Unit)?

That’s all from this topic. As vSphere Networking is a complex and interesting topic, so I am planning to write a separate blog with detailed information on each points mentioned above. Stay tuned for coming blogs.

Thanks for visiting here. Share this article if you found it useful. Be sociable.